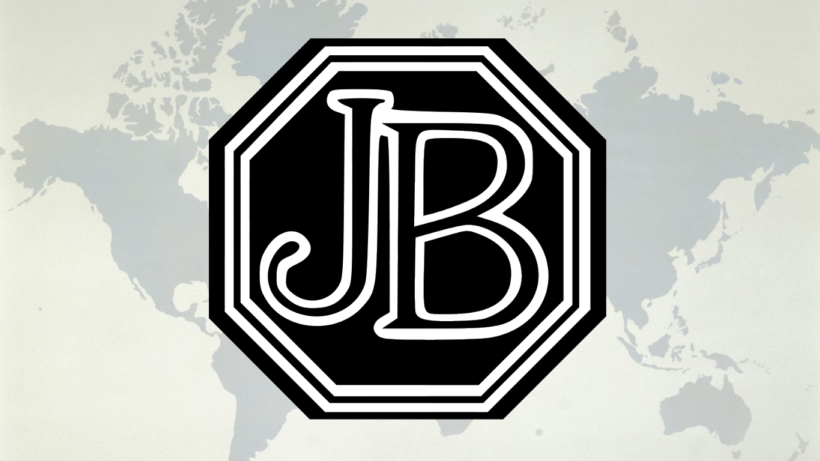 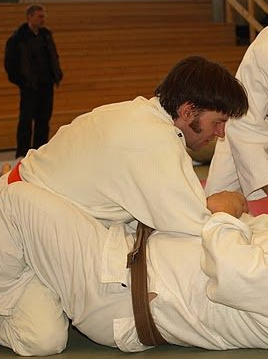 I have never had an urge for winning. People talk about themselves as contest people and I have never really understood what that is. What then, I do not like to lose either? I prefer to win, but what does it really mean at the end? I have tried to explain why I do this. Soon 40 years old, so why should I expose myself to an activity with a significant risk of injury, and to hurt others? A likely answer hits me when I’m lying and trying to sleep the night before the race. I do this because it scares me.

The building looks like any of the buildings in the industrial area – gray sheet, concrete and sparse windows on a construction that otherwise consists only of straight angles and rectangular shapes. I know the code to the door, but we who have arrived early need someone with a key and the ability to turn off the alarm. We chat a little in the morning sun before a staff member pops up and drops us in.

I’m first in the men’s dressing room and light and ventilation. It smells a little messy and sealed – sweaty exercise clothes, deodorant, soap, detergent. There are some abandoned towels on a bench. Someone has forgotten a red hoodie, and there’s a baby belt, white with green strip, on the bench just next to where I put my back. I pull on the judo pants before I take bare feet into the main hall. I have placed the shoes at the entrance of the entrance due to the rules of the house.

Functionalists and participants run around. Much must be done, and I try not to be in the way. Many voices are trying to take space. “There are no toilet paper!”, “Put the guys at work, the tables must come out …”, “We should have training first?”, “We will solve …”, “Who has the keys to the material cupboard?”

Children play on the carpets. They kick a tufts ball made of something that looks like foam plastic (hard to say for all tape that holds it together) between improvised rules. The same silver tape wraps soft carpets that resemble bedrock around the two heavy concrete piles that divide the hall into two large squares, turning on laps up to an adult’s head height. Some of the children already wear their judo gowns.

Three people sweep the carpets in long stretches with wide tassels, and the weeping has begun in a corner of the room. Beyond the spectator benches, you have started selling soda, buns, sausages and mackerel. They have coffee too, and I buy a mug. Getting a little nauseous but waking up a bit. Barely got me breakfast. Who will I meet? What if I get hurt? What if I hurt someone?

“Are you going to compete?”

The question comes from a guy I’ve seen a few times before. He has sat next to me on the spectator bench, maybe he also tries to not be in the way.

– “An internal club champion only – I took a defeat.”

– “It will be the first time for me too – we’ll probably meet, there are not many adults here.”

In front of the training, I pick up the jacket for my costume and see that several members from my home club have arrived. The girl who handles the recall tells that there are only two other adults to compete. And that I am heaviest – the others are 5 and 10 kilos easier than I do. Yes Yes. The training session begins, and we have many talented instructors on the carpet today. Contests, competition techniques and combinations.

90 minutes later I sit and drink water, try to get down the pulse and temperature. People go into small groups into town to cook fast food, and I feel that I’m a little hungry but ignore it. Still a bit nauseous. The more routine families have a full pack of food and drinks, and organize lunch according to military principles in the kitchen’s kitchen. I walk out of the building to cool me down and find a sunlit fence where I can hang my sweat-dried Judo jacket. Should have brought a suit, the jacket will not dry much before the race begins.

Indoors are children who have already cuddled in full swing playing on the carpet. There are more of them now, many of the contestants are here with siblings and parents. It may be my nerves that trick me, but there seems to be more frenetic energy in their play now. Laughter and bus.

The contests start some minutes over time, some technical strangle with the score boards. The matches run on two carpets, and I’m sitting at the carpet where the youngest participants are in progress. A friend is here with three sons to compete, and I’m sitting together with him watching his wife filming the children. I will meet him on the other carpet about cards.

I keep an eye on tablocks for the other carpet and look for a while my name at the bottom. Faster than I thought, but a match could be over in seconds if someone gets a good technique. I feel the pulse rise. A match is over and my name is moved up one step. The guy I talked to earlier in the day is the one I will meet first. The jacket for my apparel is still wet after the workout and I feel uncomfortable. The short moment in the sunshine was not enough to dry it.

Another match is over, and our names are now on top of the loan. We stand on each side of the carpet and bows. The pulse is dying in my ears and I almost do not hear what the judge says. I’m not afraid now, but it’s a confrontation – someone I’ll try to overcome and, in turn, will try to overcome me. That’s right. We enter the carpet and the main referee – the same girl who kept the call – tells carefully and calmly for us beginners how the match is going to be and what we are going to do. We bend again, the referee calls “Hajime!” And the match begins.

I do not remember so much of either the first or the second match I went, only the pulse went down and the nervousness disappeared when the game had started and everything went fast fast. And that I won! Both first and second matches. It does not just hope the weight gained as it did.

After the matches it seems that time slows down a bit again. I feel that I should have forced myself to eat something during the break, and put it on the list under the heading “bring extra costume” for the next time.

“The above are some of my impressions from Dalaträffen, Kampsportens Hus in Borlänge, October 2011. The event was well done, nice functionaries, nice spectators and nice judokas. One of the things I remember best is when I sat at the carpet where the youngest competitors drove their matches – a pair of pairs around 6-7 years, girls with long curly hairs that had come to match each other and were kidding and laughing in ruin. It was clear that people had fun, which in my opinion is most important with judo.

Competition in all its honor, but I think the main reason I wish to go on for as long as I can with Judo is that it’s fun. To routinely exercise during exercise is a bit of effort on the carpet, to learn new things and to develop, to experience the beauty and the sublime when you finally get that really nice throw in randori – all this contributes. But the main thing for me is that it’s fun. ”