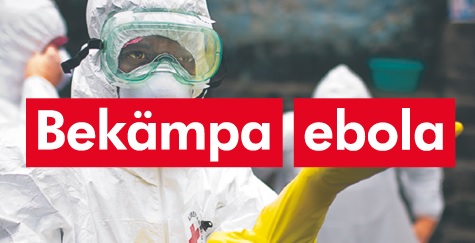 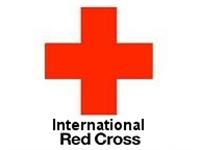 “I often think of the victims, who usually already affected by another from poverty and war. What can these do themselves to influence the situation? Not much at all, and thus is the mercy and plead for all the help they can get from the outside world. In Sweden and other countries, maybe we are very sheltered from the outside world of misery. But that experts say we do not take the epidemic seriously and provide adequate resources in time, it will spread itself even bigger. Which is not necessary  if we are beginning to contribute in time to help organizations in place.

Another part is just to the African Judo Federation also gets affected by this and can not lead their work without restrictions. Maybe through curfews, roadblocks and fear. Cacelled trainings, competitions or education. If it conitunes to spread, not only countries and people”s everyday lives will get effected, but also our judosport. So by caring for our judomates, we should unite as judo nations and make a difference. As Jigoro Kano once said: “The final goal of Judo discipline is to perfect yourself and Contribute something of value to the world”

Ebola is a virus that causes hemorrhagic fever with a high mortality rate. The disease breaks out with symptoms similar to the flu 2-21 days after you get infected. A infected person is not contagious before he or she has begun to get symtoms. The virus is not transmitted through the air, but through direct contact with blood, saliva and other body fluids. Staying in the same room with an Ebola sick person who just has a fever but no other symptoms, so poses no risk to get infected. The The disease starts with flu-like symptoms such as fever, muscle aches, weakness and headache. Vomiting, diarrhea and abdominal pain are common. Critically ill often profuse bleeding into the skin and from the nose. The risk of being infected aboard the aircraft is very low. People with Ebola is usually too sick to travel and the infection does not spread through the air.

The Red Cross is in place with staff and 5,000 volunteers, who are working to save those who are already sick and to prevent further spread of infection. Swedish Red Cross has so far sent 28 million kronor to Ebola insert. Now they are stepping up collection efforts in order to contribute even more money and personnel .The outburst of Ebola began in February 2014, and is the largest outbreak of the disease ever. Guinea, Liberia, Nigeria, Sierra Leone and Senegal are the most affected countries. About 6.3 million people are estimated to need help and support after being hit. The current situation has a major impact on health care and infrastructure in the region. International Federation of the Red Cross has appealed for 250 million crowns to the overall relief effort. So far, only 35 percent of the money collected. “

The money raised goes to: