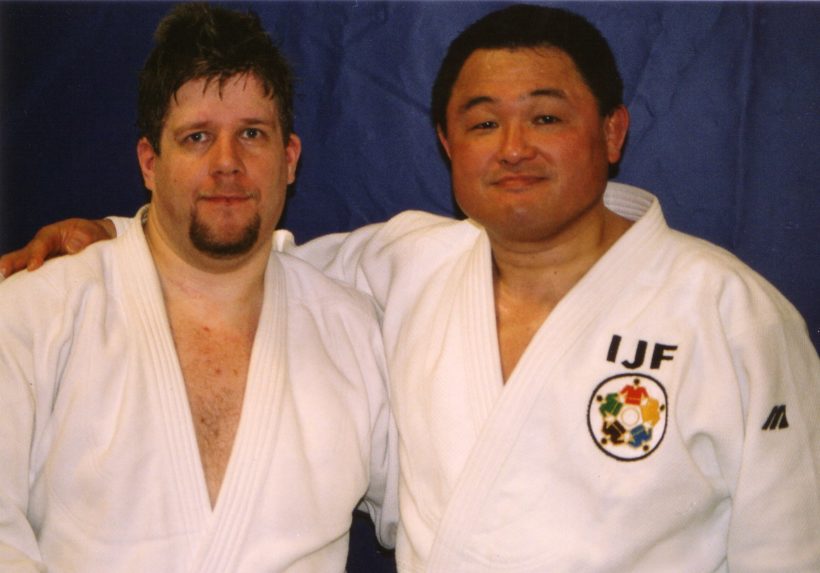 Micael Öberg, 44 years old and belongs to Stockholm Judo Dojo, Sweden. He has 5th Dan in Judo and 4th dan in Jujitsu. Referee both national and even international in the field of disability judo. Here he tells us more about his eventful and impressive journey!

I started practicing judo in 1979 at the historic Budokwai in Stockholm. I trained like many other children a year and so it was a gap where I tried other sports and began playing the drums which are still a big part of my life. Then judo had sat down in my heart so I came back to Budokwai and practiced until 1986 when it became a stop again and I then moved to Motala. The draw til judo became strong once again, and since 1992 I have been training regularly several times a week, first in Motala JK then home to Stockholm and Högdalens JK then start at Stockholm judo dojo in 1997.

Now I had finally come to the right place where I had fun and inspiring workout so I decided to also try jujitsu to supplement my judo training. To start practicing jujitsu was among the best I”ve done for my development in judo. The foundation of judo comes from jujutsun so by understanding judo roots became my judo considerably better. I usually say: The more I practice jujitsu, the better my judo, judo and the more I practice, the better my jujitsu. 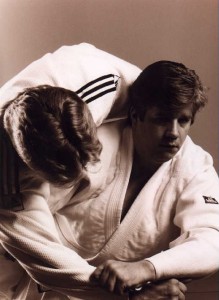 Once inside the Stockholm judo and jujitsu dojo, it was time to draw the bow a little higher and try to hang on to the competition team and the club had lined up numerous medals in national and international competitions. In 1999, I took a black belt in judo and a year later, I took my first medal at the Swedish Championships level in jujutsu it became a bronze medal. A week later, I put up in Judo Championship and took even there a bronze medal. Now I got the taste of blood, and I have over the years been a hop number National medals in judo and jujitsu as well as some Nordic medals in judo. 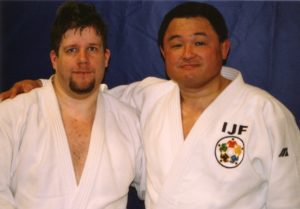 Since my time in Motala judo club, I have been interested in instructing children and adults and I do today here at the club but also at national and international camps. Today, I spend a lot of time to develop judo kata tradition, along with Tomas Rundqvist in a thing called Kata-Strof Stockholm. We organize trainings with club IK södra on fridays and camps in Åland twice a year in which all kata interested are very welcome.

Referee in judo: I have judged a large amount of competiotions around Sweden and in recent years I have focused on disability judo. Being a judge for the disabled has been and still is very inspiring and I currently have both Dutch and Swedish referee license. I have refereed on, among other things Irish open for handicapped people and for juniors and seniors. Some years ago, came an invitation from the Swedish Handicap Committee with a request for me and Manuel Santos would like to be a referee for the Special Olympics in Athens, which would prove to be a memory for life. Grading wise, I”m now 5th dan in judo and in December 2012, I graduated to 4th dan in jujitsu, which felt wonderful.

My Motto: A good laugh expands your life