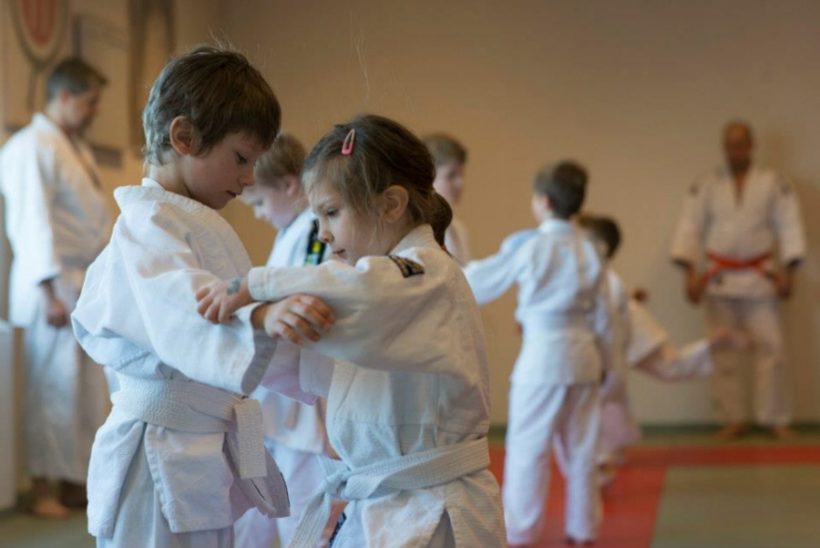 “I need to buy a new gi” I thought with powerful spirit retrieval. “This is just too heavy and too hot, that’s why I get so tired“. My eldest son, who then was 5 years old, ran around the judo hall as a participant in the large & small judogroup, just behind me panting in gi drenched in sweat. The fact that a few years break from exercise and good food would have to do with it was not something I was thinking more of.

We continued and practicing judo. The younger son started training as soon as he was big enough to run on the mat. Today I am the coach and assistant coaches for groups with children and adolescents at Karlstad Judo Club. There will be a few hours each week, but it’s a place where I draw energy and where I get a little exercise myself. Soon, the new semester and this text will answer the question of why children should practice judo. The purpose is entirely selfish. If many children begins as we become more practicing judo and it becomes fun. Here we go, three simple arguments that all children should try judo.

For each term, I see how judo training gives children good body control, greater strength and agility. It depends of course that we are doing exercises that use your whole body – running, rolling, crawling, climbing, lifting, falls. Learning how to fall without hitting the bad is also a skill that will help even outside judo. Both of my sons practicing Parkour so you could say that their case technology is field tested.

Physical training is an important component for children to practice judo. It is something that is easy to figure out. But when I talk to parents who are looking to have their children start so I will always go to the attitude found in judo. This I have experienced in our club at home but also in the camps and competitions I have been to. There are many examples of how culture is ever present, but I will reproduce two paragraphs. 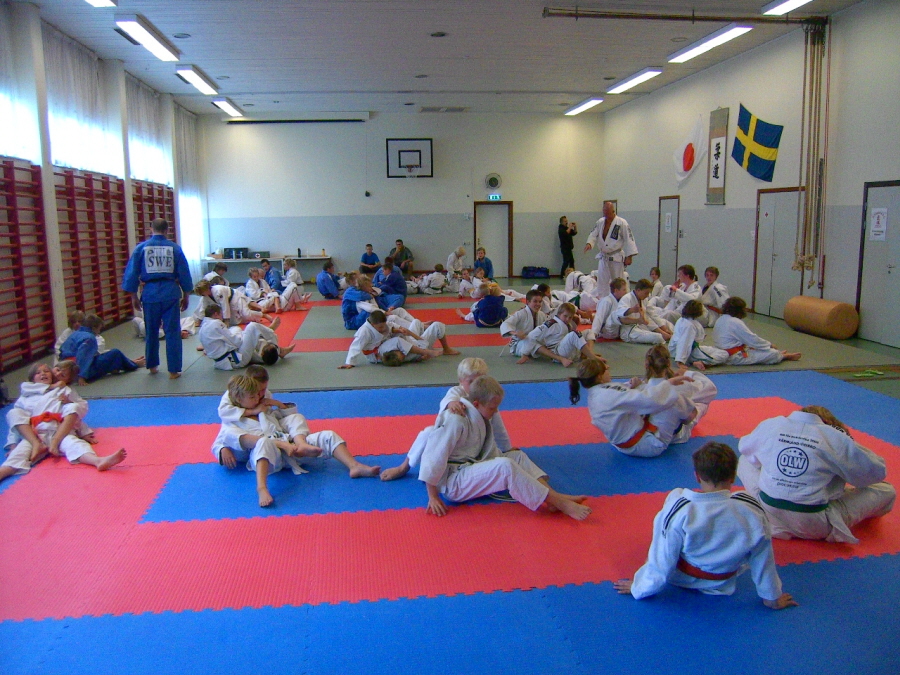 So far, it is thus physical exercise and attitude that is my biggest argument for child training in judo. But the more I’ve thought about, the more it feels important to include a third argument. Learning judo is sometimes difficult. It is relatively complex movements to be done and to be timed with a training partner. As a child, the coach has forced me to become better at breaking down difficult things in small grip pieces. A throw is a series of movements, but it is rarely a simple series of movements. Small tricks like giving children short mnemonics (ex for Osotogari: Step out, breaking balance, behind the leg, lift and pressure) will help them to understand and to do right.

And that makes children become good at taking instruction on complex movements. This is something that you quickly become accustomed to, and benefit greatly from later in life. Even when you must learn to snowboard, dance foxtrot or whatever it may be. I hope many children get to try judo this fall! Let’s round off with something my friend Mike said before winter camp in Borlänge 2013. This was my very first judo camp and I was impressed by the atmosphere. “Everyone is so nice here“.I said (which was on my first judo camp ever and hardly knew anyone in the whole camp). Me and Mike ran a technology practice together and he replied, “Yes, because you can not train judo alone.“

Have a nice summer!

1 thought on “Why Should Kids Train Judo?”